Photo by Sebastian Unrau on Unsplash

I am counting the days, one by one, until September 4th.  Nelle’s birthday.  It will have been four years since she was stillborn.

That year, it was Labor Day weekend.  So not only do I have the actual day, but everything surrounding Labor Day reminds me of that weekend. END_OF_DOCUMENT_TOKEN_TO_BE_REPLACED

I began seeing a therapist, Alexia, five days after Nelle was stillborn.  I remember making the phone call to a counseling services group that had been recommended to me and when asked for the reason for wanting the appointment I had to say the words out loud “Because… because my baby died.”  The person on the other end of the phone gave the immediate, automatic “Oh, I’m so sorry….” Ger and I went to the first appointment together but then I began to see Alexia alone. END_OF_DOCUMENT_TOKEN_TO_BE_REPLACED

Every time I close my eyes, I am transported back to the nightmare of being in the doctor’s office and hearing his words telling me that my baby was gone. The most recent nightmare, not the first one.  Or if I do manage to fall asleep, I wake frequently in a terrified, cold sweat.  I can only hope that the nightmares will diminish over time as I get further away from my most current hell.

Then on top of things, Quentin was sent home with a fever on Wednesday.  Yesterday, he was better, but cranky.  Ger is working from home so we are alternating watching him.  Being sent home means he will be home today as well, per day care policy.

I am trying to fill the spaces in my day, because it is in quiet moments that I feel the worst. So yesterday I attacked the master bathroom, clearing clutter and expired medications.  It served as an adequate distraction, but then at the end of the day I was sore.  Guess I need to heed the doctor’s advice to take it easy.

I joined a private Facebook support group for parents who have had pregnancy or infant loss, hosted by the hospital.  Scrolling through the posts, I’m not sure if it will do a lot for me but I will give it a try.

Today marks one week since my world was shattered for a second time. 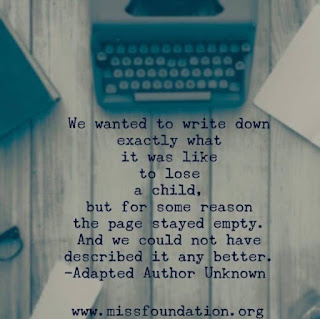 Over the past few days, I have uttered the phrase “Well, last time this happened…”  I hate it.  I hate that I have a point of reference, a comparison, to what I am going through.  In talking to friends, in talking in therapy, it comes up over and over. “Last time this happened.”  There is no escape.

I hate other comparisons as well.  I hate that because of the medical line drawn in the stage of my pregnancy that they are treated differently.  That Nelle had more paperwork from the funeral home.  That Nelle has more “stuff” – gifts I had received and other things. My entire pregnancy with Iris, I was so terrified that something would happen that I did not buy anything. Nothing to pack away.  Except for one teddy bear that I had purchased for her.  I have been sleeping with it for the past few nights.
They each have a box of items now. Mementos from the hospital.  Cards. Funeral home paperwork.  Ultrasound photos.  For Nelle, I have the t-shirt that I wore bearing the announcement “It’s a girl!”  For Iris, I have the two t-shirts for the boys saying “1 of 3” and “2 of 3”. 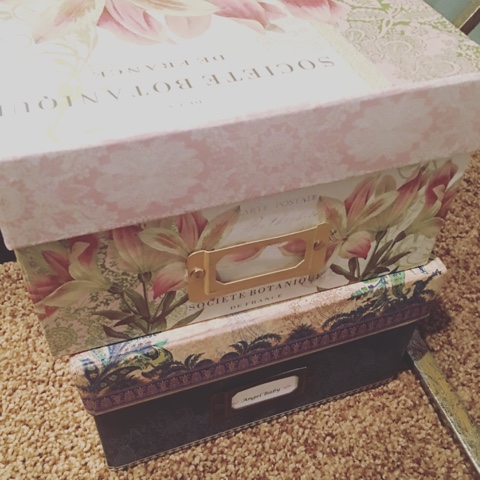 I went to therapy again today and will head to my third session of the week on Friday.  For this week, I need that. I feel so isolated and alone in my grief and it is a way for me to sort through the magnitude of emotions that I am feeling. This time, I feel that grief is making me physically ill.
There I go again… “this time” in comparison to “last time”…

Hearing that we lost Iris due to a pregnancy complication unrelated to the reason we lost Nelle was unbearably hard. I wanted to know whose cage I rattled in the universe to deserve this.  And then thinking about it more, I found the connection. In both cases, my body betrayed me.  My body had one job to do which was to keep my babies safe for 9 months and it failed.  My therapist wanted to make sure that I was not feeling guilty or blaming myself. Nope. This time I know that there was nothing I could have done.  But I am so angry.

My body further betrayed me in the arrival of breastmilk. I was hoping I could avoid that this time, but early yesterday evening I felt the unmistakable signs.  I had started taking Sudafed and drinking sage tea as soon as I was discharged from the hospital, just in case. Maybe it will not be as bad.

I saw my therapist yesterday and will go in twice a week for awhile.  I nearly had an anxiety attack at the idea of needing to retell and relive story, but I planned ahead. I asked her if I could read my blog post to get the story “out there” and then we could talk after. That way, I already had the words.  She told me that I could scream in her office if I wanted.

Ger will drop off all of the paperwork at the funeral home. I couldn’t bear to go again so he brought everything home for me to sign.

Back in November, I spoke to a friend who had gone through a significant loss of her own.  I sent her an article called “Everything Doesn’t Happen for a Reason” that was one of the most real things that I have read about dealing with grief.  One of the things that she and I both found striking was acknowledging the pain of someone else by saying, instead of “I am here for you” to say “I am here with you.”  The author writes:  Note that I said with you, not for you.  For implies that you’re going to do something.  That is not for you to enact.  But to stand with your loved one, to suffer with them, to listen to them, to do everything but something is incredibly powerful.

Last night, that same friend sent me the following text:

I'm not really sure how... but my oldest son turns 12 years old today. He is perceptive and curious... and that pre-teen sarcasm has definitely crept in.
My aunt gave me a box of things that belonged to my grandmother: games, puzzles, construction paper, colored pencils, and more.
Did I need new books? No.
Today we gathered in the coulee to say goodbye to my Grandma.